Ever wondered what MSG stands for and what aspartame does to you?

MSG stands for Monosodium Glutamate – a flavour enhancer and preservative. So what?

MSG is an excitotoxin. “Excitotoxins cause a brain cell to become very excited and your neurons basically fire spastically until they finally burn out,” explains Dr. Cathie Lippman. But far worse is the neural death that occurs several hours after this this spastic neural firing. Yes, the neurons simply die, as if they’ve been literally excited to death. Once you lose those neurons, they are gone for good. The damage cannot be repaired.

Excitotoxicity is the pathological process by which nerve cells are damaged or killed by excessive stimulation by neurotransmitters. An excitotoxin adversely affects the hypothalamus, as well as being chemically addicting, it makes you fat and leads to depression. Aspartame is another excitotoxin.

Russell L. Blaylock, M.D, a neurosurgeon, reported that the hypothalamus is a small area of the brain, no larger than the fingernail that despite its small size, is responsible for controlling some of the most vital neural systems in the body. The wiring of the hypothalamus is some of the most complex in the nervous system, with connections not only to the pituitary, but also to the limbic system (emotional control system), hippocampus, striatum and brain stem. Through these connections it regulates emotions, autonomic control (parasympathetic and sympathetic), hunger and satiety, immunity, memory input, and anger control. Disruptions in this vital piece of brain can result in anything from minor behavioral problems or endocrine malfunctions to major disruptions in sexual functions, obesity, immune suppression and endocrine gland failure.

Within the hypothalamus there are a number of collections of neurons called nuclei. When animals are given doses of MSG or aspartame, these nuclei are injured as well. Several studies have shown shrinkage of the pituitary, thyroid, adrenals and gonads in animals exposed to high concentrations of these excitotoxins. In addition, a consistent finding is gross obesity in animals exposed to these excitotoxins early in life.

Some have raised the question concerning the connection between a high intake of food borne excitotoxins and the dramatic rise in childhood obesity over the past two decades. When the hypothalamus is exposed to excitotoxins early in life, the neural connections are often misdirected. What this means is that a mis-wired hypothalamus will not react normally to the internal and external environmental cues that normally control our endocrine system. This could lead to infertility, hypothyroidism, adrenal hypoactivity, growth retardation and even emotional or intellectual problems later in life. All of these have been reported in studies using excitotoxin models.

This means that virtually every function of the hypothalamus is vulnerable to excitotoxin damage, both subtle and acutely dramatic, depending on the dose. In normal everyday life we are exposed to numerous excitotoxins added to foods and drinks, in the form of MSG, cysteine and aspartame. Several studies have shown that these toxic doses are synergistic, that is, they are more than just the sum effect of each excitotoxin. Therefore, a meal of MSG laden soup, a diet cola and foods with hydrolyzed vegetable protein and natural flavoring, could easily damage the hypothalamus, as well as other portions of the nervous system. During pregnancy, the deleterious effects could be even more devastating, since it will affect the development of the brain itself. 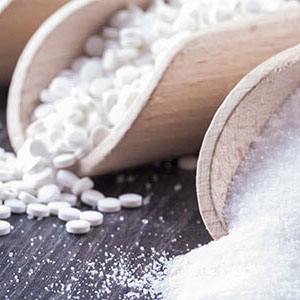