Anyone who is trying out the latest ‘fad’ in the dieting game and is expecting fast results will probably lose weight in the short term. But, looking back on these weight loss yo-yo patterns (and I used to be one of the biggest culprits!) we don’t always realise just how much weight we re-gain after the crash diet is finished.

Why? Our weight loss goals are often short-term. So, our results are short term.

We advise you to have a long term goal such as being able to be active enough to play with your grandchildren when you are older. But, don’t procrastinate! Set realistic short term goals that will keep you focused in the short to medium term whilst you keep your eye on your long term goal of losing weight and restoring your health!

I am sure that you would agree with me that consistent weight loss over time is better than fast results from a radical diet that is unsustainable, with no plan to keep the weight off.

Consistency over time also creates habits. In doing a search on habits, you are likely to find a ‘The Power of Habit’ by Charles Duhigg. The Chicago Tribune published an article, expounding on Duhigg’s research which has shown that in its simplest form, a habit has three components: a cue, a routine and a reward. Over time, the routine becomes so habitual that the person anticipates the reward and receives almost as much pleasure from the anticipation as from the reward itself — a phenomenon known as craving.

The anticipation of lighting a cigarette, for example, can bring nearly as much pleasure as inhaling the first puff of smoke.

The key to changing habits is not to avoid the cues or to change the rewards, most research shows. Rather, it involves changing the routine that leads from cue to habit.
Duhigg notes that he was gaining weight, at least in part, because every afternoon at 3:30 he would break and go get a chocolate chip cookie. A series of experiments, such as having tea instead, chatting with colleagues or taking a brisk walk, indicated that what he really wanted was a break from work and interaction with colleagues. Instead of getting a cookie, he started taking 10 minutes to chat and found that he got the same reward from the activity. The cue stayed the same and the reward was similar, but the routine was markedly different.

I found that I was often eating out of habit, not necessarily because I was hungry. My wife and I loved ‘eating out’ and did not realise that the habits we were forming were causing us to become grossly overweight, with no end to this trend.

I will teach and empower you so that you are able to change your habits so that your choices become better for you! 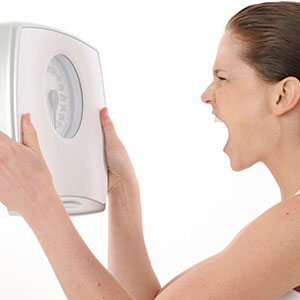